State Rep. Calley says 'our state's future is bright' after student shadows her 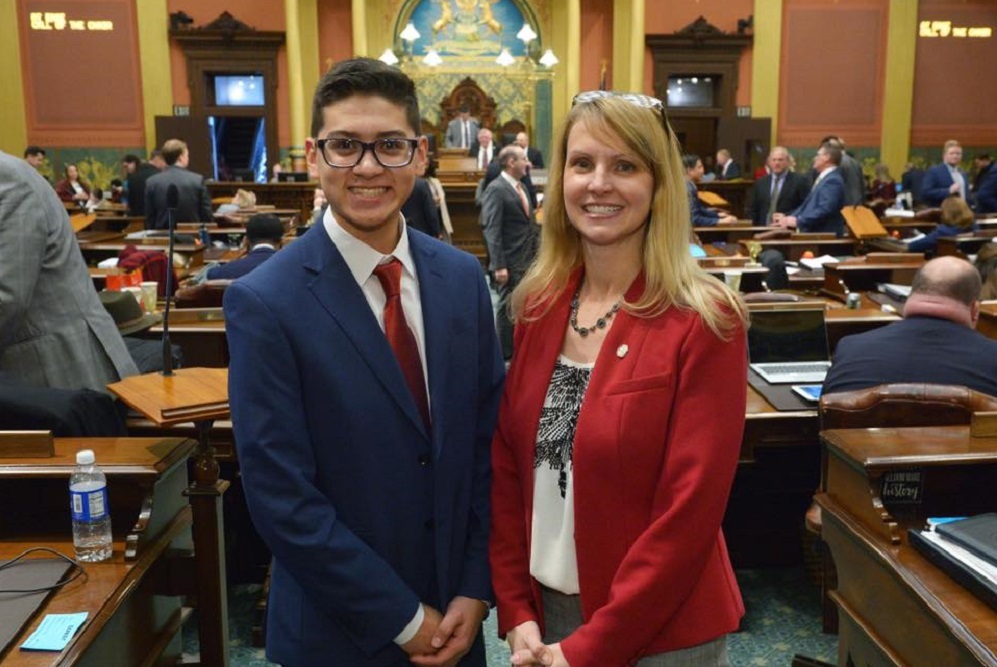 Michigan State Rep. Julie Calley (R-Portland) recently recognized a student for his interest in politics as well as highlighted her most-recent accomplishments during the 2019 legislative session.

The student, identified in a Facebook post as Miguel, was described as having grown up watching presidential debates on television. Calley called him “an incredible youth who first became interested in government at the age of 5” in the post.

While Miguel job shadowed Calley, “he met the nation’s youngest speaker of the house and the state’s youngest-ever state representative,” she said in the post.

She went on to say that “with interested and informed students like Miguel, our state’s future is bright."

Elsewhere on her Facebook page, Calley posted a graphic describing her accomplishments in 2019. These included having five pieces of legislation signed into law, as well as having a 100 percent attendance in the legislature. She also logged more than 200 hours hosting office hours as well as district meetings.

Additionally, Calley did not seek reimbursement from the taxpayers for mileage driven while performing her official duties.

Want to get notified whenever we write about Michigan House of Representatives ?

Sign-up Next time we write about Michigan House of Representatives, we'll email you a link to the story. You may edit your settings or unsubscribe at any time.