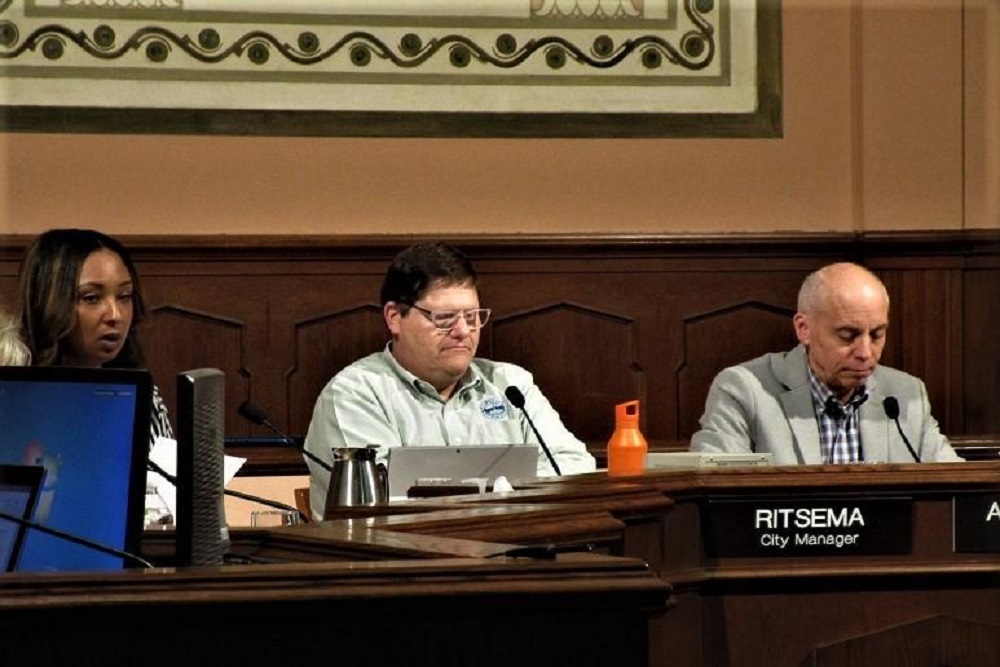 Committee to elect cathy albro for congress issued the following announcement on Feb.25.

A proposed housing discrimination ordinance in Kalamazoo drew strong feelings at a special Kalamazoo City Commission meeting. The "Fair Chance" proposal would punish landlords who turn away renters with criminal records. It would also ban discrimination against victims of domestic violence or people with housing vouchers.

Kalamazoo Vice-Mayor Patrese Griffin sponsored the measure. Griffin says she's seen the issue from both sides: as a landlord and as someone who's been homeless.

"So I was able to see the gaps in areas of housing here in this community. I got very, very involved on what could be done to change that."

Kalamazoo City commissioners held a special session on the issue February 24. Some residents in the standing-room-only crowd said the ordinance should be approved because housing is a basic human right. But landlords say it's unfair, too vague, and would be hard to enforce.

The city will hold two more public sessions on the issue in March. Commissioners are expected to vote on the proposed ordinance afterwards.

Kalamazoo's civil rights ordinance already protects people from discrimination based on race, ethnicity, disability, and sexual orientation. The proposed ordinance would create a new Civil Rights Commission to hear complaints. It would also quadruple fines to $2,000 for violations.

The group Interfaith Strategy for Action and Advocacy in the Community (ISAAC) has been working on a survey with the Kalamazoo Foundation. With $40,000 in grant money, it found that minorities and former felons were being disproportionately discriminated against when they looked for rental housing. The foundation also conducted focus groups with victims of housing discrimination who expressed a lot of anger and frustration.

Want to get notified whenever we write about COMMITTEE TO ELECT CATHY ALBRO FOR CONGRESS ?

Sign-up Next time we write about COMMITTEE TO ELECT CATHY ALBRO FOR CONGRESS, we'll email you a link to the story. You may edit your settings or unsubscribe at any time.